Do we really want to see a black market emerge in the cigarette arena?  Do we really want a revisit of the crime and violence?  Think on how much crime is generated already in this country over illegal drugs.  Care to triple that?  Quadruple it?  How much closer must we get to complete chaos in this country before those in charge realize that there are SOME people you simply can't force into doing your wishes?
Posted by Unknown at 5:56 PM 29 comments:

And here's how I responded...let's see if they actually allow my comments to be posted (although I, for one, am not holding my breath)


My, my, my.  Allow me to correct just a few mis-conceptions you've written here...For starters, the tobacco giants had nothing to do with the creation of the electronic cigarette - in fact, the E-Cig is a direct competitor to the traditional, tobacco cigarette.

E-Cigs are marketed and used by consumers as an alternative to tobacco - better in many ways to a cigarette because there is nothing to light on fire and no by-products of combustion (such as smoke) to inhale into your lungs.

While there are some distributors who are, as in any industry, willing to make any sensationalist claims to make a quick buck, this product is NOT marketed as a way to quit smoking ... although many users have found that to be a happy side-effect to regularly using them. And while many users do wean themselves down on the nicotine, there are many more who do not, using this as a long term recreational nicotine consumption product.

Would you insist that the entire bottled water industry be shut down because a few resellers have claimed that their water is better because it cures cancer?  Of course not - that would be absurd.  Yet, that's exactly what the FDA want to do to the E-Cig industry ... shutting down thousands of honest distributors for the sake of silencing the few out there who are just in it to make a quick buck.  And all because this is a competitor to not only the tobacco giants, but the pharmaceutical giants as well (with their NRT products).

Nicotine is not, by itself, THAT harmful - it has risks similar to caffeine.  Plenty of studies within a few mouse-clicks on Google will tell you that.

Care to do a little research and re-evaluate your article here?
Posted by Unknown at 8:24 PM 6 comments:

An Accidental way to Quit Smoking

First and formost - the link:

Thank you so very much for writing this article - it's an excellent piece.  It states things cleanly and precisely, puts  the entire scope of the smoking wars in perspective.  Make no mistake, there IS a war in progress, and we're all the foot-soldiers in that war...anyone who currently uses nicotine in ANY form:  snus, snuff, cigarettes, pipes, PV's, NRT's, cigars, and many other nicotine-products out there that people use to sustain their nicotine balance.
Posted by Unknown at 9:23 PM 16 comments:

And here it is...the aftermath of one of the greatest experiences of my life...I attended one of the largest gatherings of vapers in the US (would it sound pretentious to claim the WORLD?) - This last weekend we descended, en mass, to St. Louis, and took the town by storm.

Link is to my Photobucket Page, which is currently housing the pictures I captured of this event.

And, it gets better - not only was this event the largest gathering to date, we had a fantastic write-up in the St. Louis paper..

Which was a positive piece.

Let me genuflect on the experience... it will be emblazoned in my memory forever.  These people who gathered, vapers all, united in their common practice.  There were people there from all across the US, a few from Canada, and many, many more who couldn't be in attendance watching on the live video stream.

The thing that hits me the hardest about the experience? That I got to meet so many of the people I've known for a year plus, for the first time.  Glorious!
Posted by Unknown at 6:25 PM 2 comments:

First, here's the link to our lovely FDA's page:


Here's the face of the story - the FDA has sent warning letters to 5 distributors or manufacturers of either the hardware or the liquid, regarding their sales promotions of PV's...claiming (continuing to claim) that these are unregulated or adulterated drug-delivery devises which need a new drug application to be sold, as so stated by the FDCA, which is the Food, Drug and Cosmetic Act, and how the FDA was granted authority to regulate all food, drugs, and cosmetics sold in this country.


The biggest problem I have with the letters the FDA sent out, is they are still trying to regulate the products as a drug-delivery device under the FDCA, when Judge Leon specifically said they have all the authority to regulate these under the FSCPA (Family Smoking Control Protection Act) that they need, when he tendered his opinion in January. Granted, I'm biased here, being a PV consumer, but I'm inclined to agree with Leon's opinion.

If they (the FDA) really wanted to, they could drop this absurd appeal, and be regulating the products RIGHT NOW, as tobacco alternatives or a reduced risk product. Think on this - they have the authority, granted them by Congress, to hold manufacturers to quality and purity standards...all they have to do is come up with WHAT standards are acceptable.

Instead, they continue to push the appeal, they continue to make noises that these are drug delivery devices, they have now stepped up to harass local distributors, and they continue to waste the taxpayer's money while doing so. This could be OVER, folks, if the FDA would accept the premise that has been laid down by Judge Leon, that PV's are recreational nicotine consumption products, JUST LIKE CIGARETTES, and regulate the marketplace accordingly.

Why will the FDA not yield to this? Face. To back down now, to state that 'we were wrong,' would cost the FDA face, reputation, and status.

The E-cigarette vs. the FDA by Paul Fetters

Paul Fetters, if you are reading this due to my link - THANK YOU.  I have to say you are well researched, articulate, and certainly call it like you see it.

The Rest of the Story Blog entry

Now, I've linked to this blog on those I'm following, but this one deserves special attention, simply because Dr. Mike Siegel wrote a potent statement (below).

When a product on the market is benefiting many people and leading to marked health improvement, the burden of proof is on those who want it removed from the market to demonstrate that the product is causing harm. This is why we err on the side of leaving products on the market until they are shown to be harmful. Since electronic cigarettes are already on the market, I feel that the same standard should hold. They should be removed from the market only if it is demonstrated that they are causing adverse effects. The burden of proof is on those who want the product removed.

THIS is the crux of the issue surrounding E-Cigs....that this is ALREADY an established market in the US, with 1000's of small vendors and resellers, and a customer base above 100,000 users in the US alone.  The FDA and the other alphabet-organizations would kill this industry in totality in their bid to squash the competition these products offer against the giants at Big Pharma.

An alternative that works.  That breaks the cycle of quit, smoke, quit, smoke, quit, smoke, which lines the pockets of Pharma with its ineffective smoking cessation products, tobacco with sales of its deadly cigarettes, and our Government, which taxes heavily and uses the funds to shore up its own ineptitude in managing the rightfully-collected taxes every citizen must pay.
Posted by Unknown at 6:32 PM 4 comments: 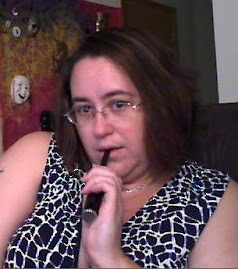